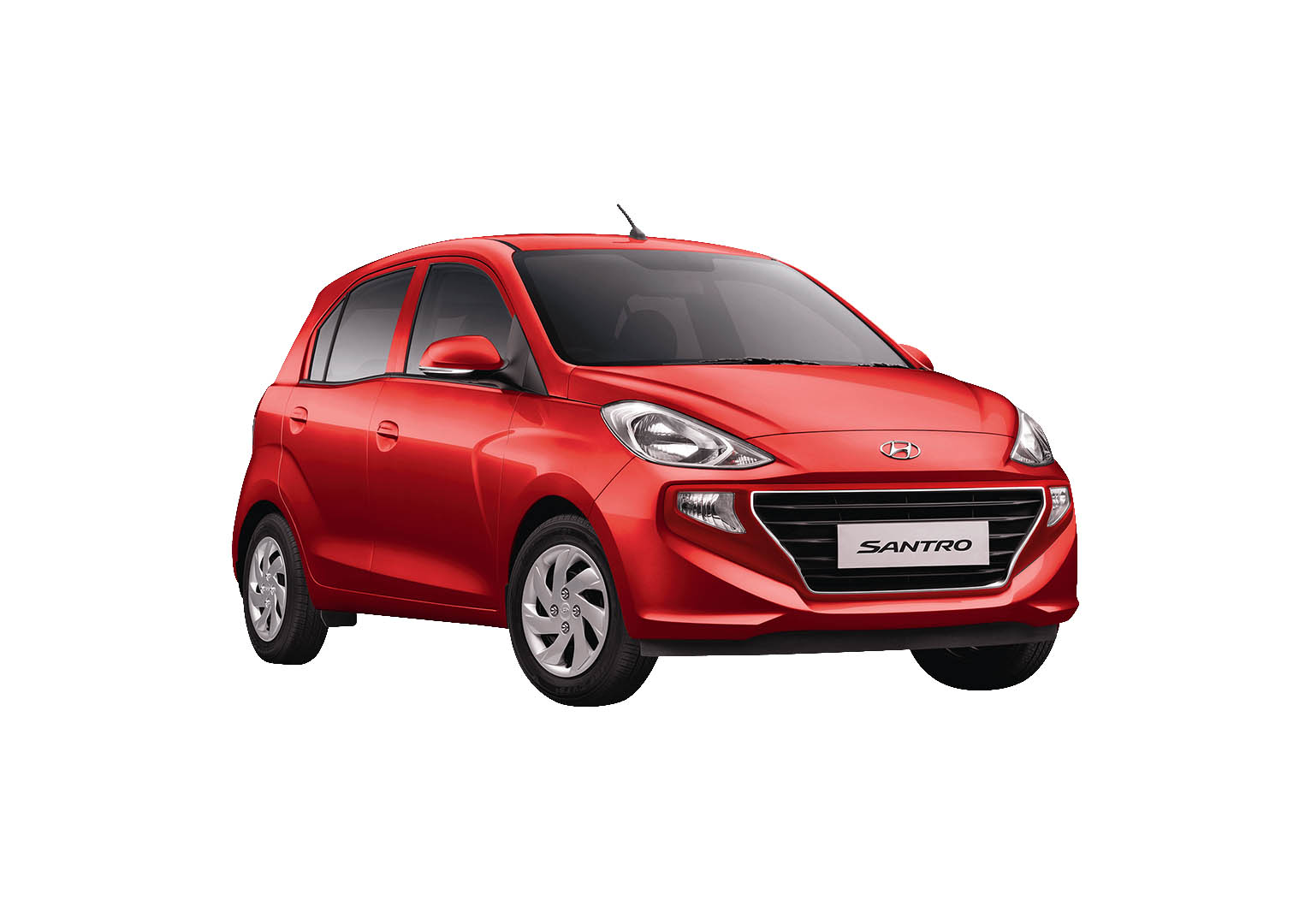 Hyundai has re-introduced Santro moniker in the Indian car market at an introductory price tag beginning from Rs 3.90 lakhs, ex-showroom Delhi. The new Santro is feature loaded, has a CNG and AMT options, and is handsomely priced as well. It is available across nine variants with seven colour options.

Appearance wise, the Hyundai Santro debuts the new Rhythmical Tension design ideology. It wears the new iteration of Hyundai’s cascading grille which gets a black treatment with chrome trim surrounding it. The swept-back headlamps are joined by fog lamps which flank the grille. At the back, the bumpers also get a black insert akin to the one seen on the updated Grand i10 but a lot sharper. The wrap-around tail lights are simple in design and minimal in looks.

The tall-boy stance in the profile has been highlighted with body creases and a small spoiler mounted atop the tailgate. Interestingly, there are no alloy-wheels but the hatchback does get body-coloured ORVMs with integrated indicators, body-coloured door handles and rear window wiper. There is a rear-view camera placed just beneath the Hyundai logo on the tailgate and there are two parking sensors on the bumpers.

The cabin gets a nicely integrated seven-inch touchscreen in between the large air-con vents on the centre console. Below the screen, there are manual buttons for the media control as well. The three rotary knobs for the air-con control are placed below that. The circular air-vent on the passenger side appears to have been taken out of a far more expensive vehicle. However, the re-circulation slider below it seems out of date now. The instrument cluster has speedometer and tachometer along with a digital screen which can read out essential information such as fuel indicator, trip meter and gear-shift indicator. Interestingly, the window control switches are placed behind the gear lever. The AMT gear lever gets a piano-black finish which makes it look more premium. Moreover, the Diana Green body paint comes with a colour coordinated interior.

The new Santro is launched with seven petrol-powered trims and two CNG powered versions. Powering it is Hyundai’s new 1.1-litre four-cylinder petrol engine developing 68bhp of power and 101Nm of torque. Besides a five-speed manual, there is also an AMT gearbox option which will be a first for Hyundai and is offered in the Magna and Sportz trim. Hyundai also offers a factory-fitted CNG kit with a 58bhp version of the same 1.1-litre motor.