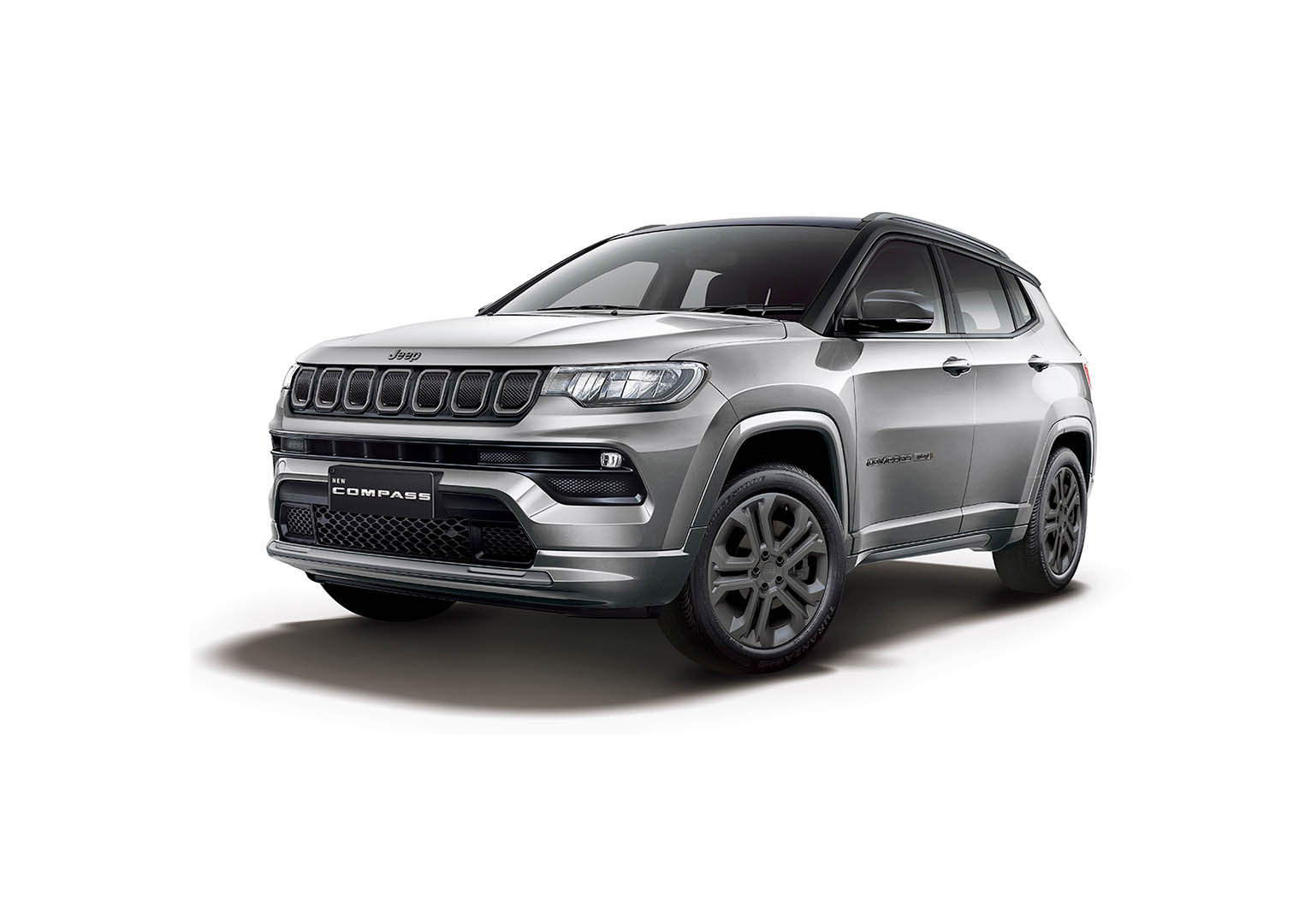 FCA India has launched the updated Compass for the Indian market featuring subtle exterior tweaks and a completely revamped cabin with a host of new features. India is also the first right-hand market to receive the 2021 Compass and will serve as the production hub for all right-hand markets. The new Compass is available with two engine options, four trims across 11 variants, and seven exterior colour shades.

The Compass has been around for three years now and this is the first major update that Jeep has given the mid-size SUV. It sports the signature seven-box front grille with chrome inserts and sleek LED headlamps with integrated LED DRLs.  The bumper has also been reworked adding a black horizontal air intake in the middle flanked by LED fog lamps. The 18-inch alloys are new as well with a new five-spoke two-tone design.

On the inside, the party piece is the floating 10.1-inch touchscreen infotainment system with FCA’s latest Uconnect 5 now placed above the aircon vents. The driver is further allured with an all-digital 10.2-inch instrument commanded by a new three-spoke leather-wrapped steering wheel. Other additions to the cabin include wireless smartphone charging, front ventilated seats, a panoramic sunroof, a 360-degree camera setup, power tailgate, cruise control, and eight-way power-adjustable front seats with the driver side getting a memory function.

The Compass also scores high on safety and is equipped with over 60 plus active and passive safety features such as six airbags, rain brake support, hill hold and descent control, electronic roll mitigation, and brake lock differential amongst others. The connected car technology on the Compass packs in vehicle data, location-based services, stolen vehicle assist, geofencing, and driver analytics.

The engines under the bonnet remain the same with a 1.4-litre turbo petrol engine and a 2.0-litre turbo diesel motor. The former makes 160bhp/250Nm torque while the latter is good for 168bhp and 350Nm of peak torque. The six-speed manual gearbox is shared by both engines. A seven-speed DCT unit is also on offer for the petrol while the oil burner gets a nine-speed automatic transmission with a 4×4 drive configuration.