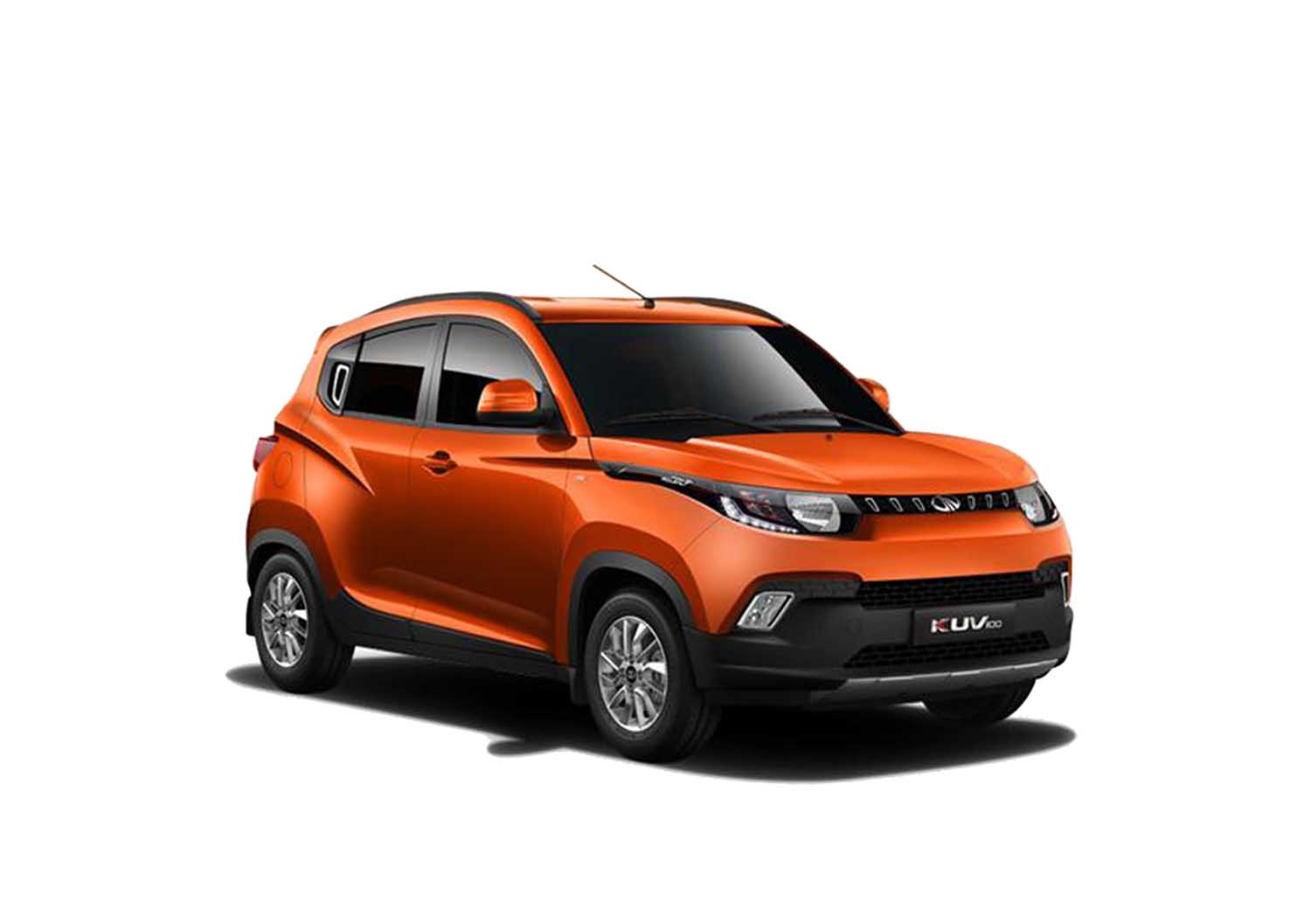 Mahindra has updated KUV100 with a new NXT series. It is available across five variants, two engine options as well as eight colour options including two dual tone schemes. Mahindra has stacked up the KUV with features and technology to ensure that the update has the firepower to compete with the established players in the segment.

The most significant change in terms of design is a completely new face for the NXT. It comprises a vertically stacked design for the overall appearance. The headlamps have got a new design while the front bumper has moved from a conventional design to a sportier one to give the car a crossover appearance. With the NXT, you get a new design for the alloy wheels/wheel covers while at the rear the tail lamps have become wider and now come with silver inserts. The tall design gets a high bonnet and a pronounced shoulder line that accentuates the length of the sub-four metre car.

Inside, the KUV100 NXT is now a standard six-seater but you can also order for a five-seater vehicle across both fuel options. The overall layout of the cabin has not changed but you now get a seven-inch touchscreen infotainment system in the top spec variants in place of the 2-DIN unit that was offered in the outgoing model. Mahindra also got rid of the multi-dial design for the air-con system and has replaced it with a minimalistic button style setup. The four-speaker music system gets Bluetooth and USB connectivity along with steering mounted controls.

The KUV continues to use the same two engine options – the petrol mFalcon G80 and the diesel mFalcon D75. The 1.2-litre three-cylinder petrol engine develops 82bhp and 114Nm, while the 1.2-litre turbodiesel delivers 77bhp and 190Nm. Both the engines come mated to a five-speed transmission. The G80 engine is a micro-hybrid with start-stop technology while the diesel D75 gets driving modes like Eco and Power.

With the update out of the way now, Mahindra has announced that the AMT variants for both petrol and diesel will be added in the next five months. On the other hand, an electrified KUV will be introduced next year. We expect the electric KUV to make an appearance at the 2018 Delhi Auto Expo.

The KUV100 is priced at Rs 4.39 lakhs (ex-Mumbai) for the base petrol variant and Rs 5.39 lakhs for the base diesel variant. It competes against mid-size hatchbacks like the Ford Figo, Hyundai Grand i10, Maruti Swift, Nissan Micra and the Maruti Suzuki Ignis.