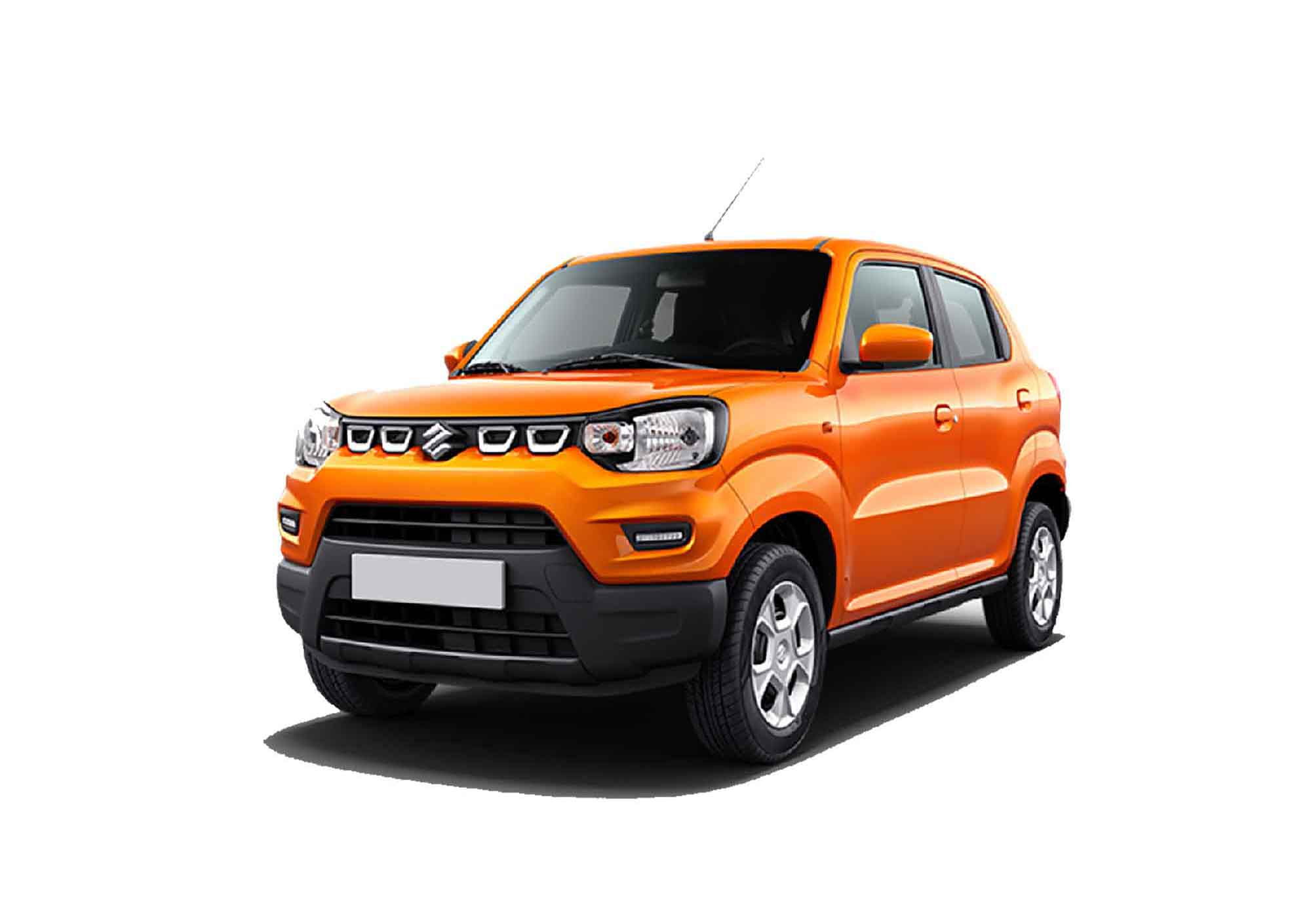 Maruti Suzuki S-Presso is available in six variants and six colour options in India. Underneath, the S-Presso is based on the Heartec platform which is strengthened by an impact absorbing structure. At the time of launch, the company claimed that the S-Presso offers the best-in-class turning radius of 4.5-metres. Moreover, Maruti Suzuki has introduced the S-Presso in India as a mini-SUV.

Maruti Suzuki S-Presso measures 3,565mm in length, 1,520mm in width, 1,564/1,549mm in height and has a wheelbase of 2,380mm. The company boasts of its SUV-like characteristics with its high, upright stance, decent ground clearance and bold design. The fascia appears to be inspired by the Vitara Brezza, as it gets squared headlights and slim grille with chrome inserts. The vehicle also features a muscular dual tone bumper for an SUV-ish stance. The rear section features rectangular tail lamps and a dual-tone bumper with integrated reflectors.

The whole cabin has been trimmed out in black with orange inserts on the dashboard and side AC vents. There is red pattern stitching on the seats which get non-adjustable headrests both in the front and back. The feature list is segment standard with a centrally mounted instrument cluster, touchscreen system with Maruti Smart Play studio, dual front airbags, USB and 12-volt switch, steering mounted controls.

Under the hood, the Maruti Suzuki S-Presso is powered by a 1.0-litre three-cylinder petrol engine producing 67bhp/90Nm. This engine can be had with a five-speed manual or a five-speed AGS. The company claims that the Standard and the LXi variants return a fuel efficiency figure of 21.4kmpl, while the VXi and the VXi+ variants in both manual and AGS version return a fuel efficiency figure of 21.7kmpl.